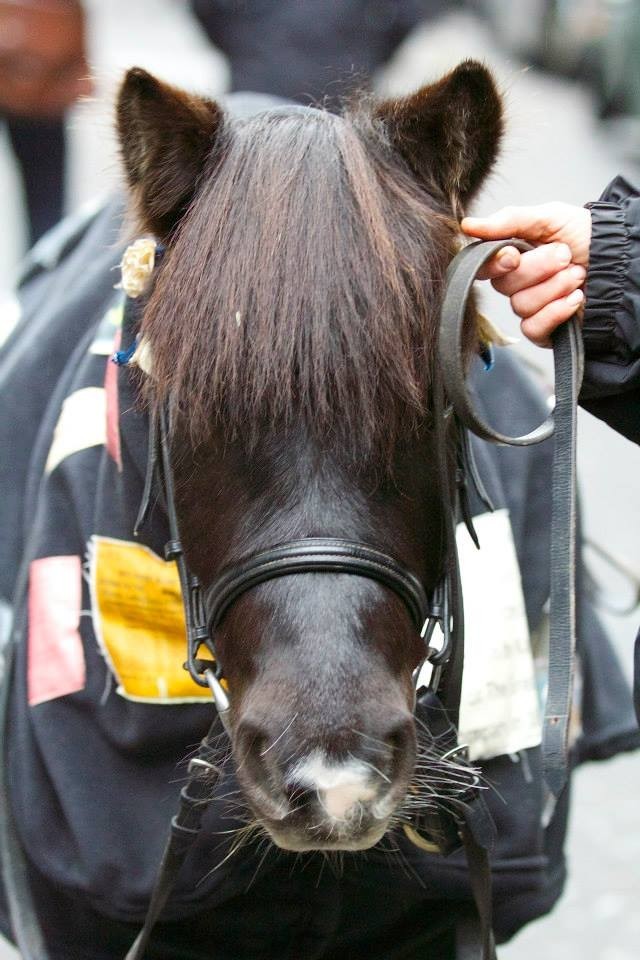 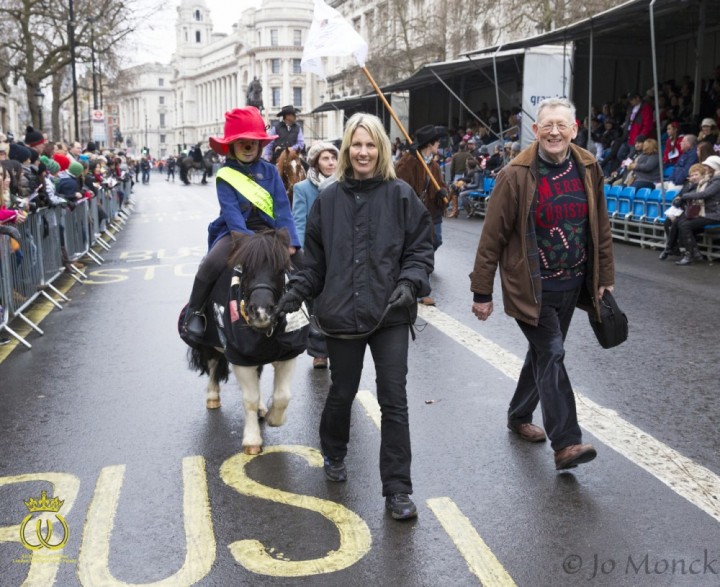 Poppy ridden by Chelsea Huxell
Poppy is a 12 year old Shetland pony who enjoys a bit of showing and jumping and hacking out in the beautiful Yorkshire Wolds with her rider and best friend Chelsea. This will be their second year taking part in the parade and what an amazing time they had last year. 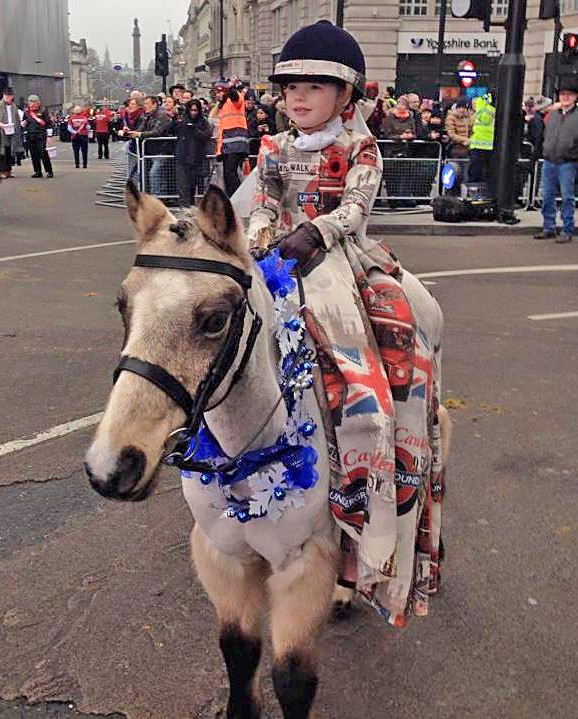 Rosie ridden by Mega Celyn Jones
6 year old Megan Celyn Jones from Anglesey North Wales and her 17 year old rescue pony ILPH Rosie will be taking part in their second NYDP. Last year at 5 years old Megan became the youngest ever side saddle rider to take part in the parade. 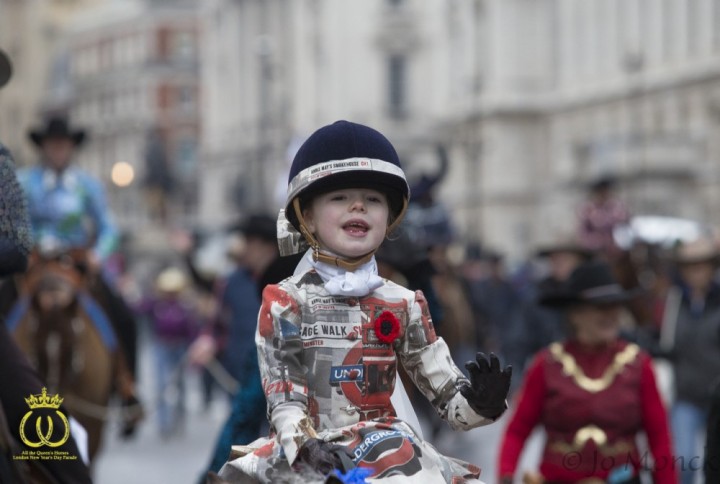 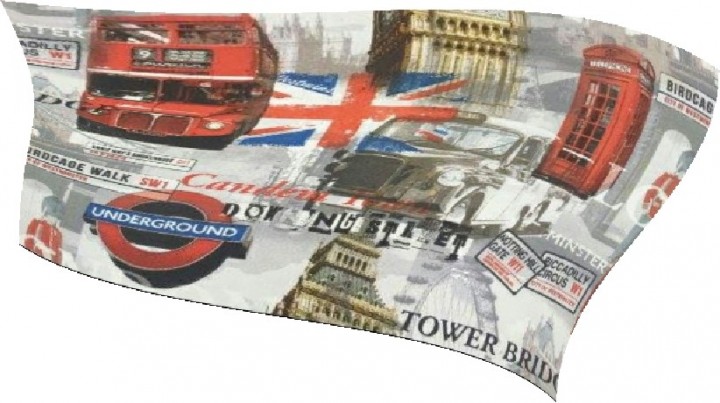 The London theme fabric being used to make Megan's dress.