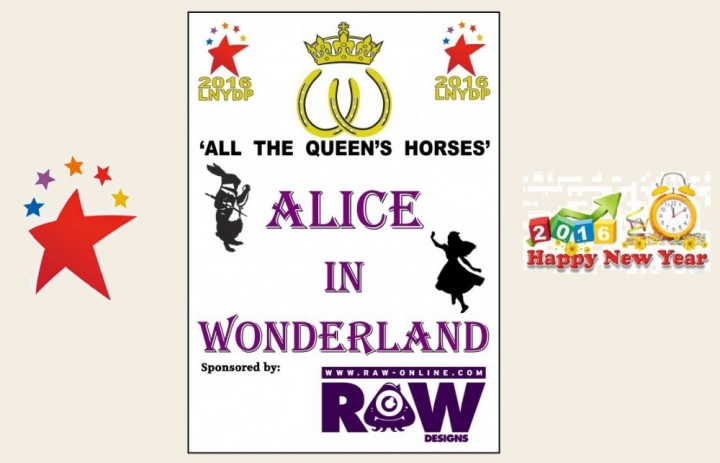 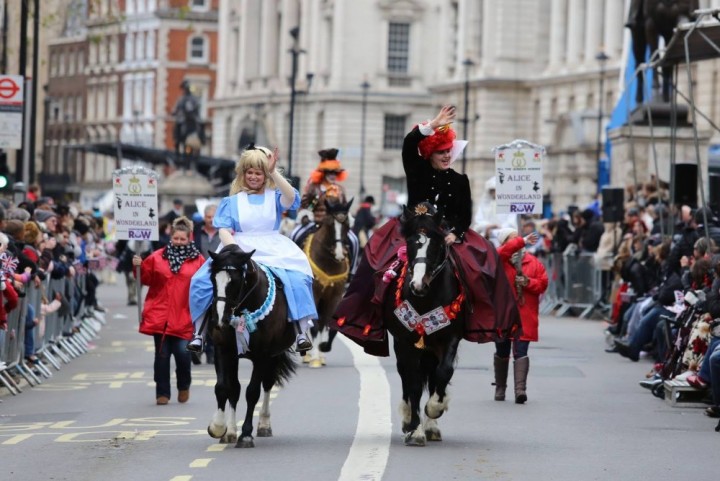 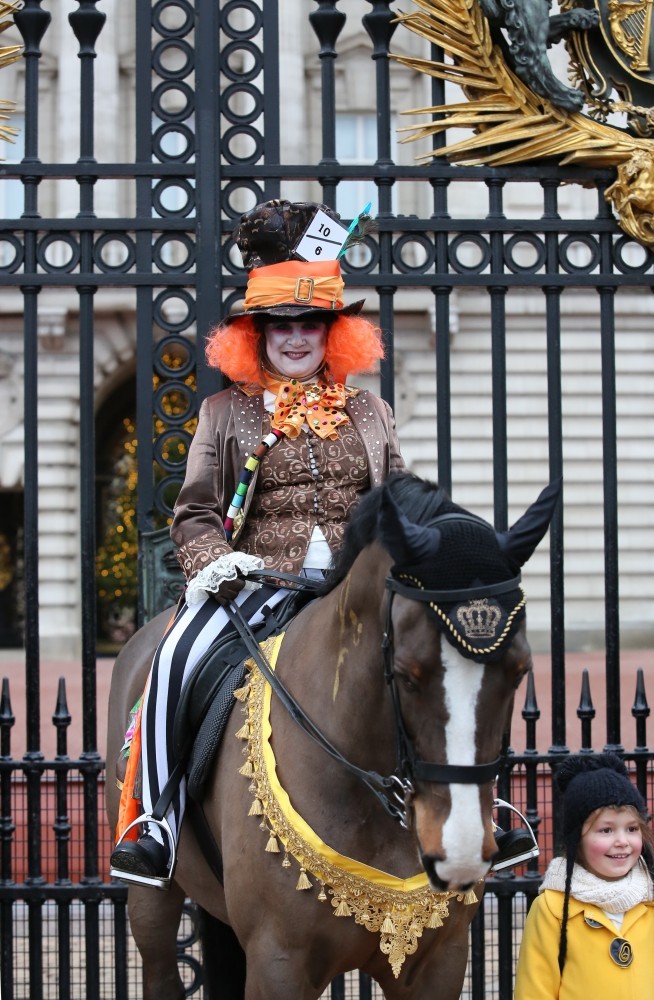 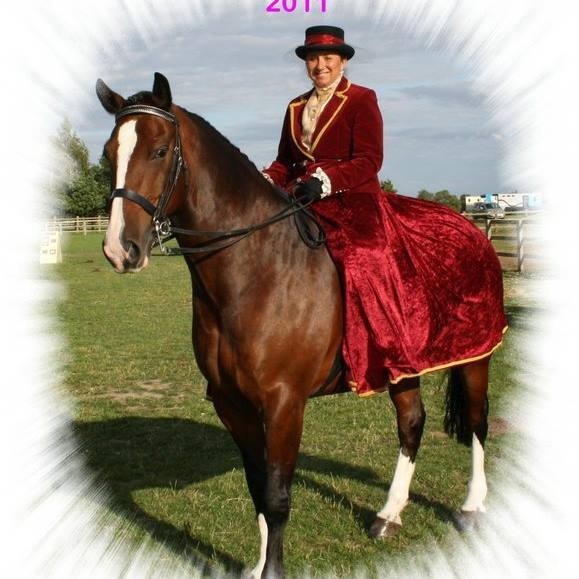 Rio ridden by Vicki Sanderson
Rio is 13 years old and was purchased from Holmfirth Sales in 2002 as a thin, under nourished 1 year old.
A dealer had brought him after having him tethered at the side of the road. The slaughter man said he wouldn’t give anything for him as he was too under weight.
We thought he was lovely and we thought we could give him a chance to have a better life. We had the vet and he wasn’t too hopeful for him but after many years of TLC we had a youngster that just kept on growing.
Rio has proved himself over and over again.
He has done most disciplines, show jumping, endurance, working hunter, dressage coming home with rosettes in all. Excelling himself in the show ring , Rio has his own little fan club going on.
Rio was also in a Bollywood movie in Bradford in early 2015.
LNYDP “ All The Queens Horses “ will be his biggest achievement to date. 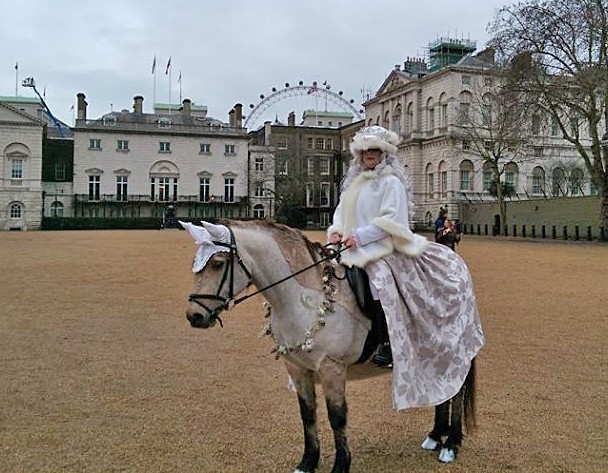 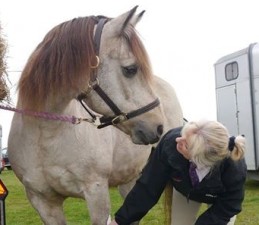 Dun Demon (Piper) Ridden by Ann Zemlik.
Piper is a 22 year old Connemara gelding by Bardsey Zodiac.
Originally my eldest Daughter Louise’s BSJA Showjumper, Piper has competed in most disciplines including Dressage, ODE & Mounted Games. He is now, in his later years, enjoying success in the show ring, competing in both Veteran and Open Showing Classes.
In his younger days, he hunted regularly with the York and Ainsty South Hunt and although he no longer participates, he is still very competitive when hacking out in company!
Although he may have the face of an Angel, don’t be fooled. He can be a bit of a “Grumpy Old Man” and is quite partial to a nibble of human flesh now and again!
We will be travelling from Yorkshire to be part of the Parade and we are very much looking forward to taking part. 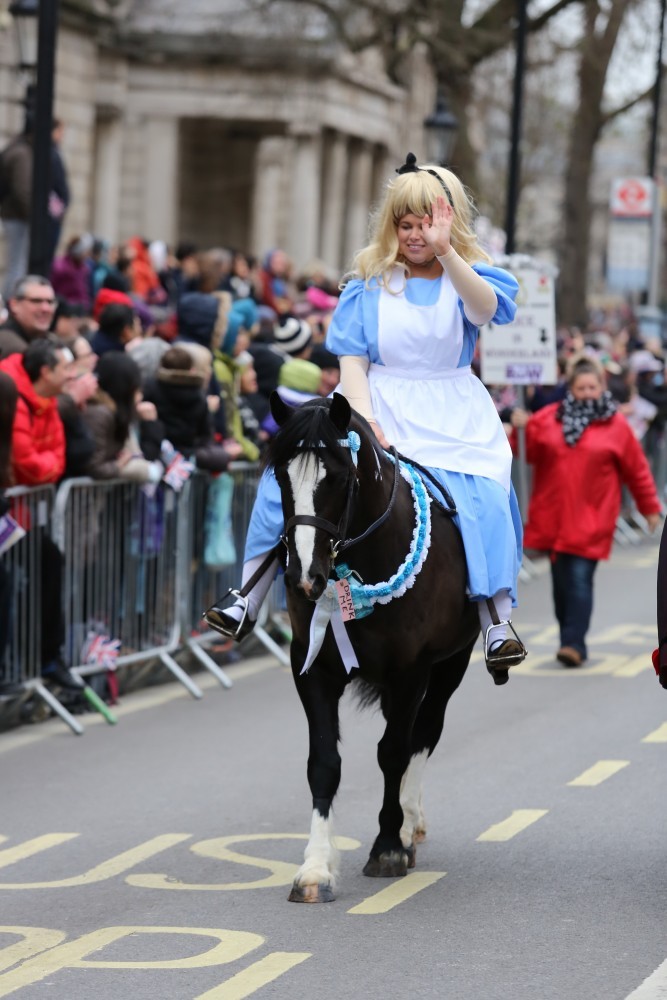 Springrove Ifor ridden by Mercede Etherington
Ifor is a Welsh Section C.
"I have been riding as long as I can remember, my mum bought me my first pony, a shetland, when I was 18 months old. Over the years we have travelled all over the country leaving at the crack of dawn to compete in County Shows. In 2009 I purchased a Welsh Section D Cascob Temeraire from Cob sales in Wales. I have been fortunate to have had many wins and championships, including qualifying for the RIHS. One of the best moments was qualifying my Section C for the Horse of the Year Show 2014." 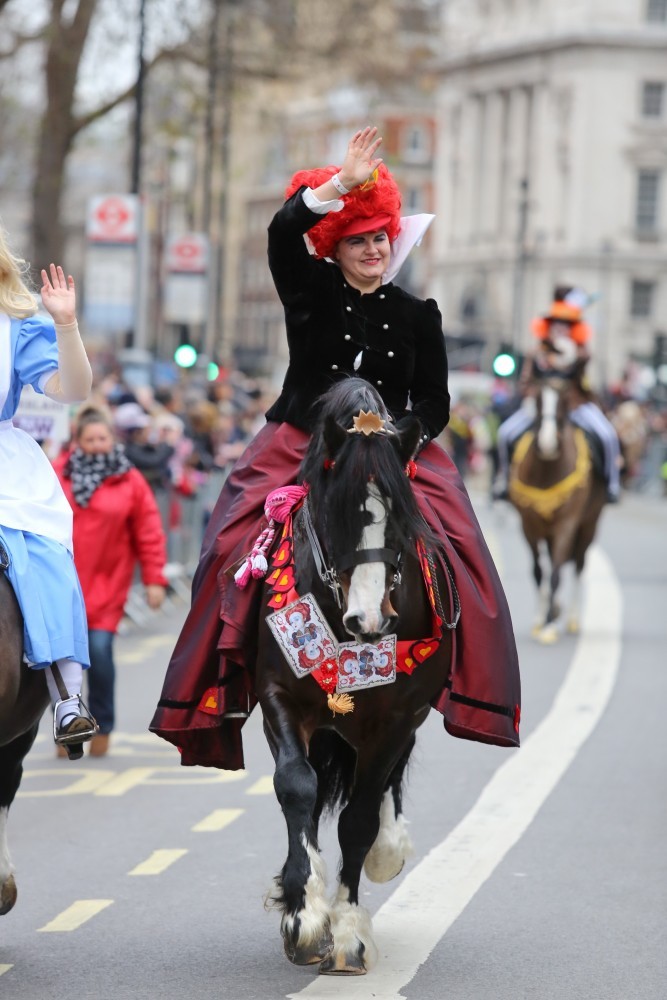 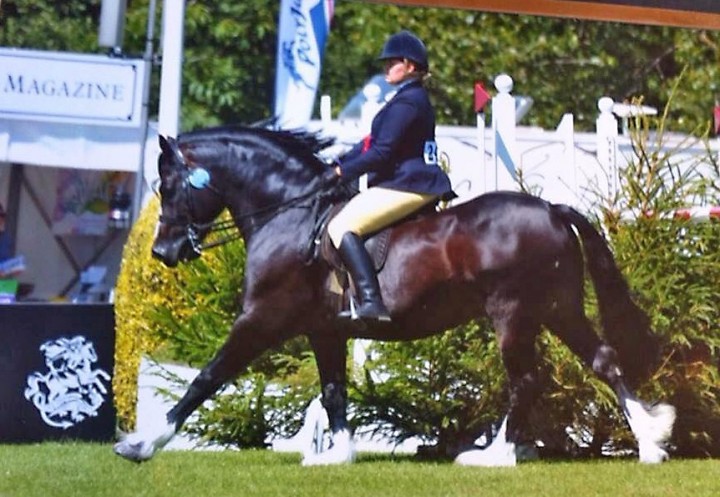 Renvarg Maverick ridden by Heather Comley
"Mav I started riding at the age of 6 at my local riding school, I was introduced into showing at an early age and competed on my hunter pony and 12.2 show pony at many county shows. My dream since I started showing was to qualify for Horse of the Year Show and I hope one day this will come true. I'm very lucky to have a supportive husband and family who help me in every way they can. I'm delighted that my children are following in my footsteps and hope to one day see them competing at the Horse of the Year Show too. Renvarg Maverick is a 10 year old Welsh Sec D stallion. I bought Mav last year and never looked back since. He's the horse I've always dreamed of owning and has fulfilled many dreams for me already. He came 2nd at the Royal International Horse Show and in 2014 made my dream of riding around the Hickstead Derby main ring come true. He's the horse of a lifetime and the best four legged friend a girl could wish for."