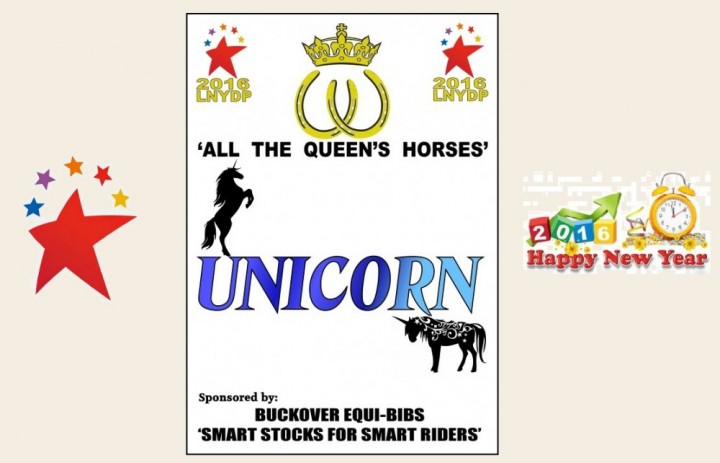 The Unicorn Team represent the magical fantasy horses from childhood dreams. No better breeds for this than pure-bred Arabians and Welsh ponies with their beautiful heads, large expressive eyes, arched necks and long flowing manes and tails. 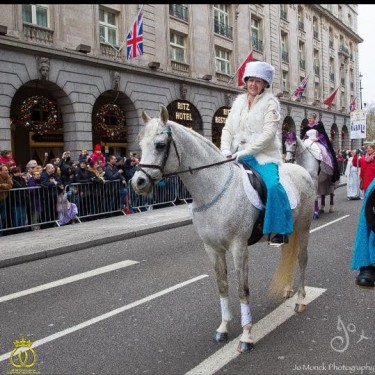 Mukhtar Ibn Eternity (aka Mooky) ridden by Sasha Melia
Mooky is an AHS Premium Stallion and is bred in the purple being by Platinum World Champion Eternity Ibn Navarrone-D x Monsoon (by AHS Premium Sire Djammal x Mahleika by World Champion Maleik El Kheil). Mooky has had an extremely successful show career, with many wins both in-hand and under saddle, including qualifying for the Horse of the Year Show (HOYS) 3 years running, in 2010, 2011 and 2012. Since retiring from the show ring, Mooky has started his performance career, and is currently competing in show-jumping, cross-country and dressage being placed every time out. He was NaStA (National Stallion Association) performance tested against other breeds in August 2015 and gained a Class 1 grade making him the highest graded living Arabian stallion currently. Mooky was bred by Hugh & Michelle Segre of Phoenix Arabians, and has been owned since he was a foal by his proud owner Sasha Melia, based in North Oxfordshire. You can follow Mooky via his Facebook page www.facebook.com/MukhtarIbnEternity . 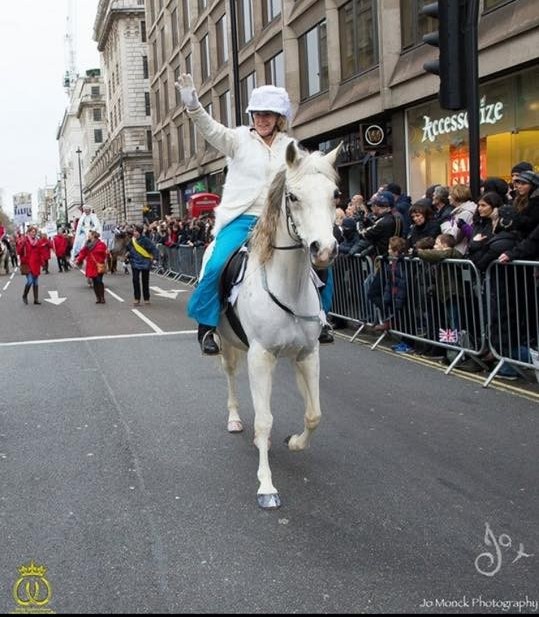 Samawi Bint Shalkar ridden by Pam Gates
Otherwise know as Mawi, 2003 mare by the AHS Premium Sire Shalkar X Simeric Scintilla, bred by Major K S Logan & Mrs C E Logan and owned by Pam Gates. She was bought by Christine Hicks in 2007, who went on to start her Endurance career. Mawi's first season was in 2008 as a novice. I came on the scene in early 2009 and began riding Mawi and training with Chris and her other horse Scrumpy. Mawi and I progressed that year to Open level. (I had just wanted a nice Arab to hack out on!) The next year we started heading for Advanced Level, our first 80 k ride was at Windsor Park in July, which we passed with a Grade 1, the second 80 k was The Ridgeway, and another Grade 1, and our final 83 k was The College, where we gained our Advanced title. I bought Mawi in April 2012, and we are members of CROWN Riding Club in Oxfordshire, and are currently learning dressage together and hope to compete next year. 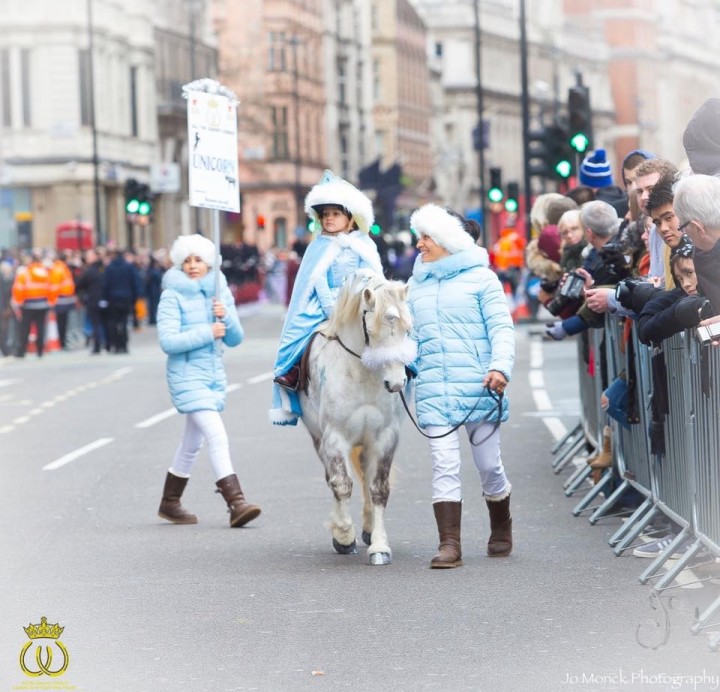 Crumpwell Finella (Ella) ridden by Bluebell Beechey age 4
Ella is a Welsh Section A, I share her with my older sister and we have had her for almost 2 fantastic years. When we first got her she was lightly broken to lead rein. The first show we took her to both my sister and I won our lead rein classes!
Not only does she enjoy showing she is also fab at jumping and cross country and has been to Pony Club mini camp twice. I look forward to being able to ride her off the lead rein in the future.
Our biggest achievement was wining our Lead Rein class at Sunshine Tours, Hickstead and then going on to win overall reserve Supreme Champion of the show.
I am very excited to be taking part in the New Year's Day Parade and I think I'm probably the youngest rider! 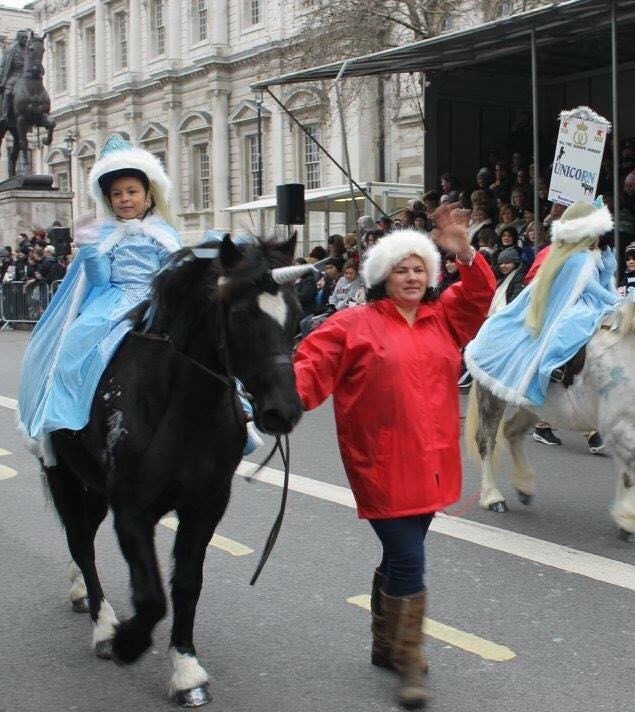 Tycwm Marvel age 23 ridden by Suzy-Boo Beechey age 6
Marvel is a Welsh Section C and has been in our family for 15 years! He was originally bought for my Nona (grandmother) for her 50th birthday. My mum used to show him at County Shows in both ridden and working hunter classes before I was born.
He has been on loan to several good friends over the past few years where he has successfully competed in all Pony Club activities and hunted. Marvel has always been a wonderful jumper.
Last year his eyesight started to deteriorate meaning he was no longer able to jump! He came home to us to retire in August. Since coming home he has had a new lease of life in his twilight years. Marvel is teaching my sister and I to ride and giving us lots of confidence over tiny jumps. We are very lucky to have this special pony.
Mum had me in a basket saddle when I was 10 weeks old and I have been riding ever since! I usually ride our Section A pony in lead rein classes at both local and county level shows and at Pony Club, I enjoy hacking and jumping too.
I feel extremely lucky to be able to ride Marvel in the New Year's Day parade and I know he will look after me!