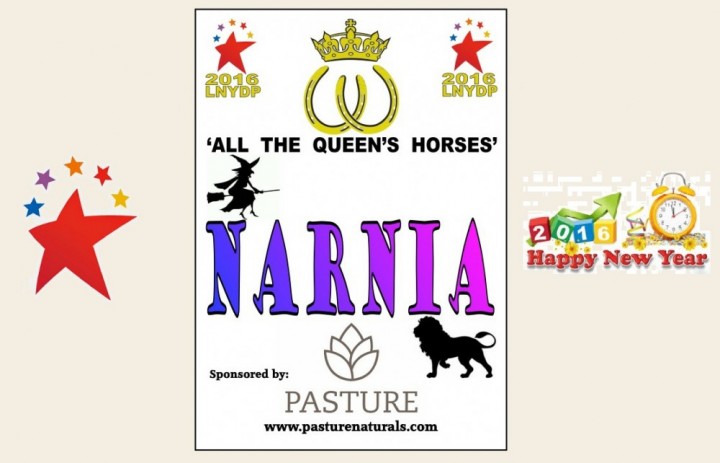 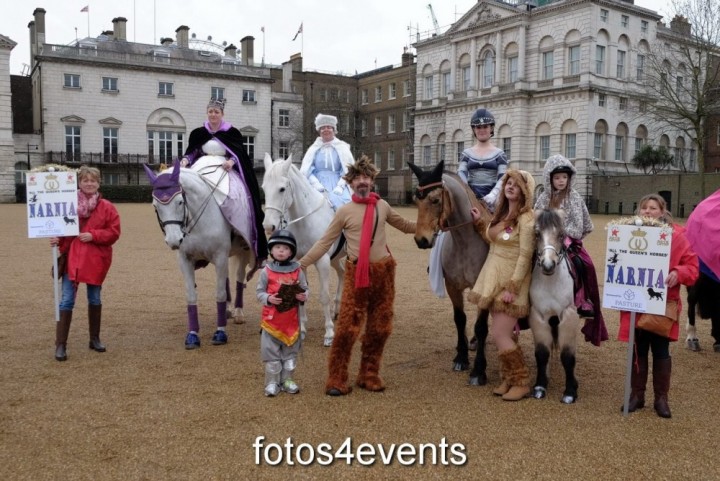 Narnia tells the story of 4 children who go to live with an old professor during WWI. One of the children finds a wardrobe which leads to a magical land called Narnia, which is ruled by the evil White Witch, who must be defeated. They are assisted by the true ruler of Narnia, the lion, Aslan. All 4 children must now defeat the witch and fulfill their destinies to become the new Kings and Queens of Narnia. 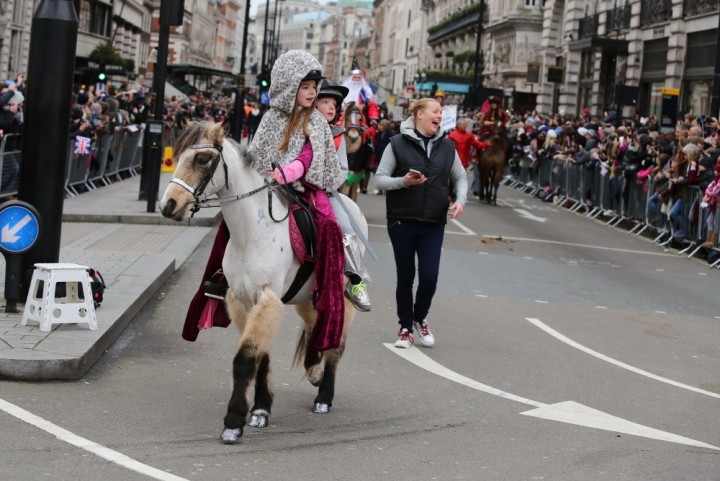 ILPH Rosie ridden by MeganCelyn Jones as 'Lucy' 7
year old Megan Celyn Jones from Anglesey North Wales and her 25 year old rescue pony ILPH Rosie will be taking part in their third NYDP. Megan became the youngest ever side-saddle rider to take part in the Parade when she was 5 years old. Unfortunately shortly after last years parade Megan suffered a bad riding accident, resulting in her having metal plates inserted into her face. But that didn't deter Megan from riding and is now a veteran to the 'All the Queen's Horses' team. Megan is joined this year by her Brother David playing 'Edmund' and mother Angharad who is the team leader for Narnia. 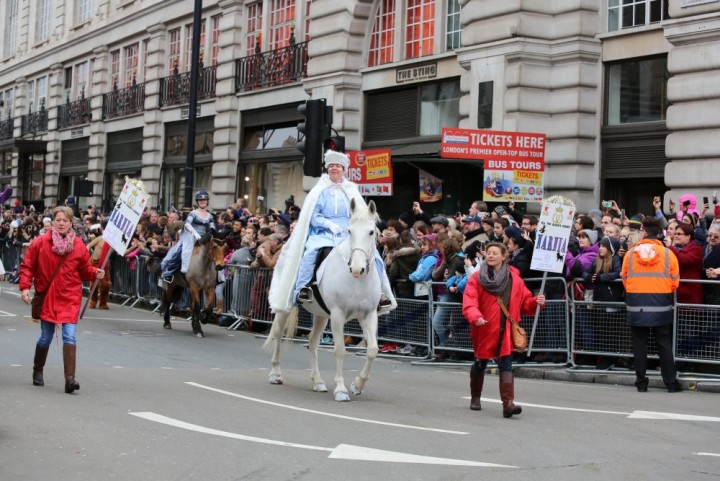 Tia ridden by Sharon Moules Houghton, playing the part of the White Witch
Tia is an Irish Draught x Connemara, I've owned her for 6 yrs and have competed at various things from all RC activities to Side-saddle and enjoys hunting. She is certainly one in a million to me..... Oh, and we qualified to go Cross Country at Eland Lodge this year. 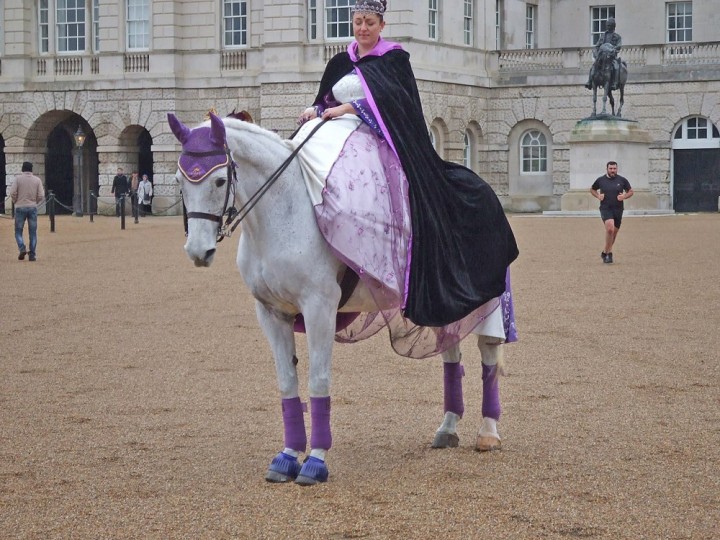 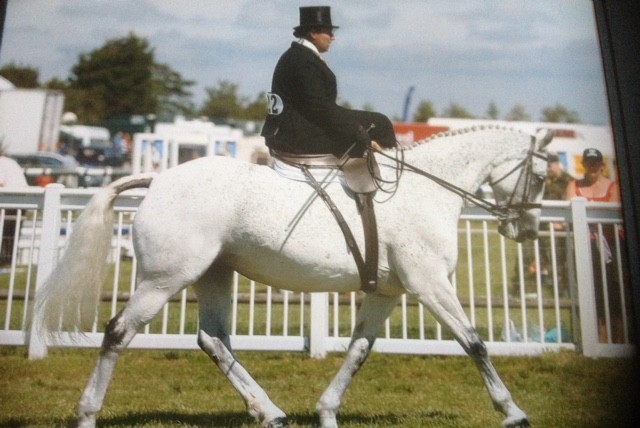 Mistral ridden by Jenna Puckle as Queen Prunaprismia
Mistral is a 23year old Irish Draught mare. I have owned her for 20 years, I backed her myself and brought her on. Together we have achieved so much working through the ranks of every discipline, Pony Club, Riding Club, hunting, show jumping, cross-country, dressage, you name it we have done it!
Mistral has had a very successful showing career winning at county level with the side saddle and loving it.
To be part of all The Queens Horses New Year Day Parade will be Mistrals final outing as she is retiring on a massive high so bring on the celebrations!!
The character I will be playing is Queen Prunaprismia, wife of King Miraz's 1.
They both adopted Caspian, who then became a Prince, but Prunaprismia is a very unpleasant person and it seems safe to assume that she is a prim woman who is very selfish and protective of her husband's power.
Prunaprismia had never liked prince Caspian even when he was a child, and it no doubt afforded her great happiness to give birth to a son who would displace Caspian as the heir to the throne. 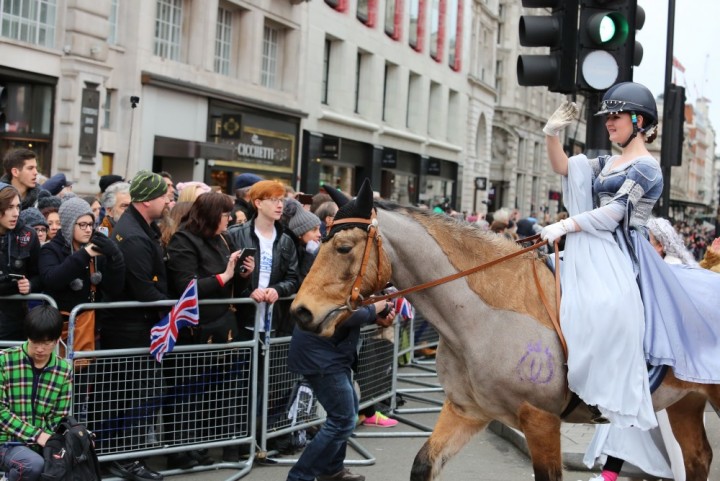 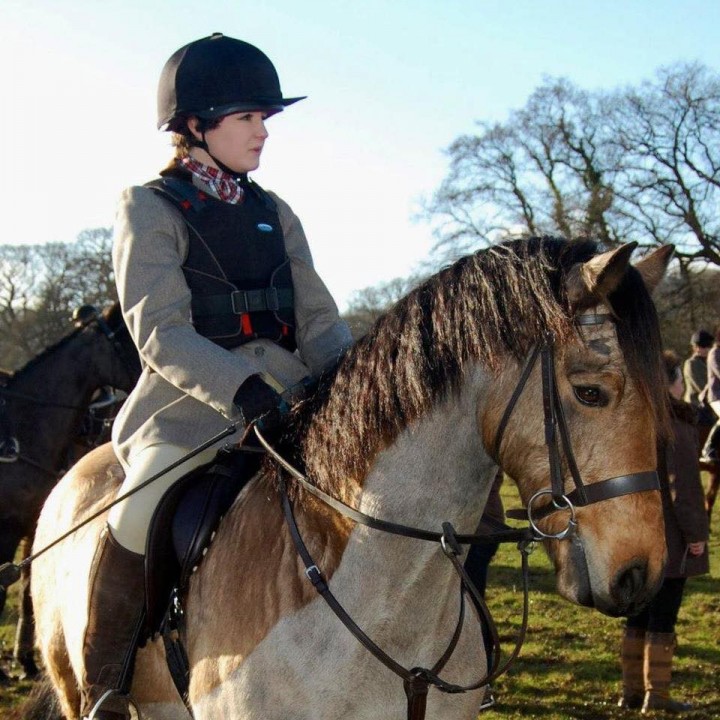 Boy-c ridden by Georgia Webb as Queen Susan the Gentle
Boy-c is a 9 year old Welsh Section D x Arab. We've owned Boy-c for 5 amazing years doing dressage, Pony Club and my dad competes him in endurance. Boy-c was my first pony and he's a right sweetie! We competed in his fist BRC Championship earlier this year where he was just one placing out the rosettes in the novice dressage!
I will be playing Queen Susan the Gentle, and I'm very excited to be part of the parade! 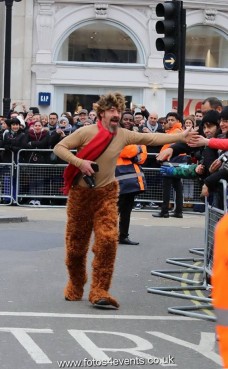