My Little Pony - The Minis 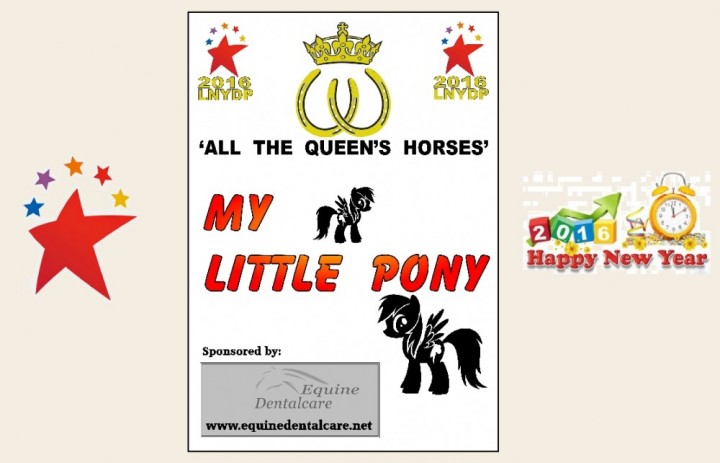 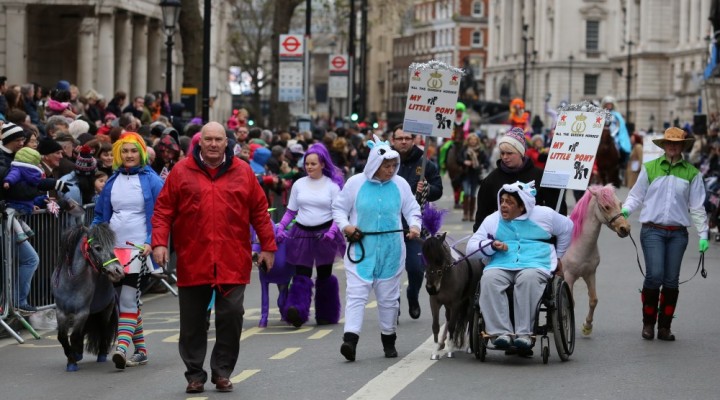 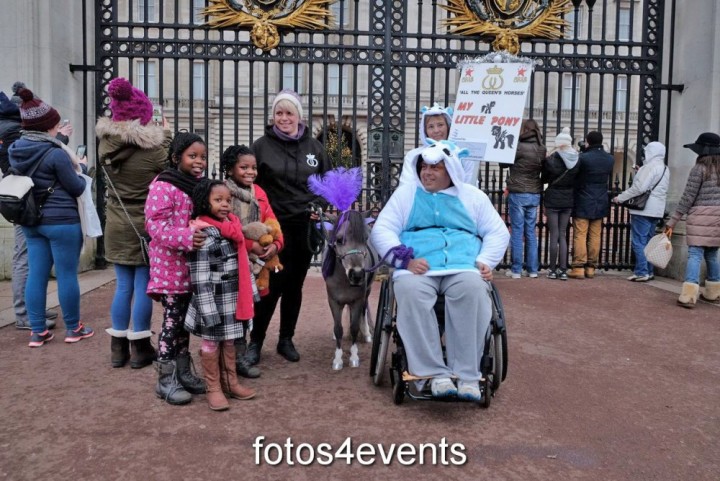 Sophie, Hannah and Harriett are all extremely excited and proud to be a part of the New Years Day Parade 2016 in London, all are ecstatic to be sharing this moment with their three Falabella stallions. These three all come from the same stud and two of which are half brothers sharing the same sire. 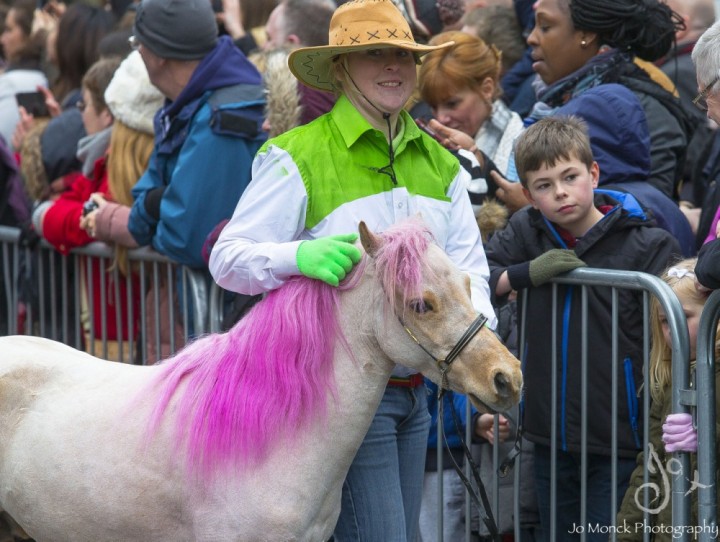 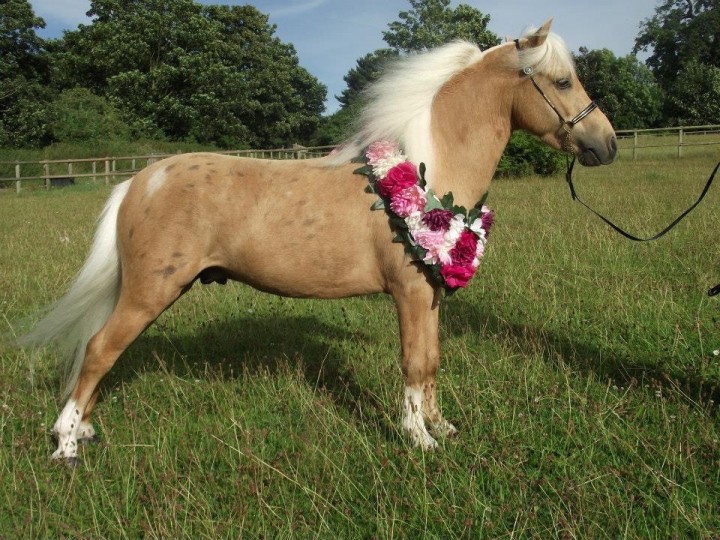 Milo handled by Sophie Mortimer
6 year old Milo stands out from the crowd and catches your eye for his extreme prettiness and flashy moves. I have had the pleasure of owning Milo since 2011 and our time together just keeps getting better and better.
We've had a very successful showing seasons over the years. We have competed all over the country and competed against some very high ranked horses and we have still gained many of rosettes, trophies and rugs.
Whenever someone is around Milo, he never fails to put a smile on someone’s face if it’s from his bouncing around or his cheekiness, he never fails to amuse people. 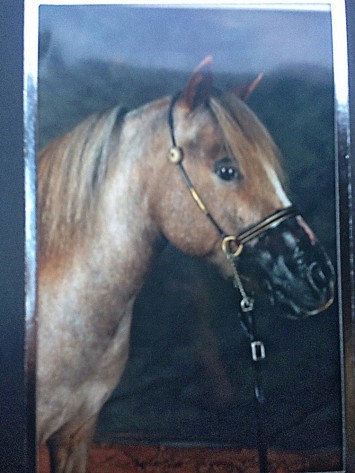 5 year old Pluto is appaloosa/coloured and I have had the pleasure of being his handler for 2 years now. For a small horse he most definitely has had a big impact in my horsey life, where I have been given the opportunity to compete at many shows which have resulted in many winnings.
Although still young, he is an expert in the show ring and always pleases and receives amazing comments from the judges who sometimes comment on his unusual but lovely colour. Pluto enjoys being worked at home whether being lunged, hacked or having a play around with the jumps.
I am always thankful of being able to have this chance to work with such a great horse and it makes it that much better when he gives his heart in return. 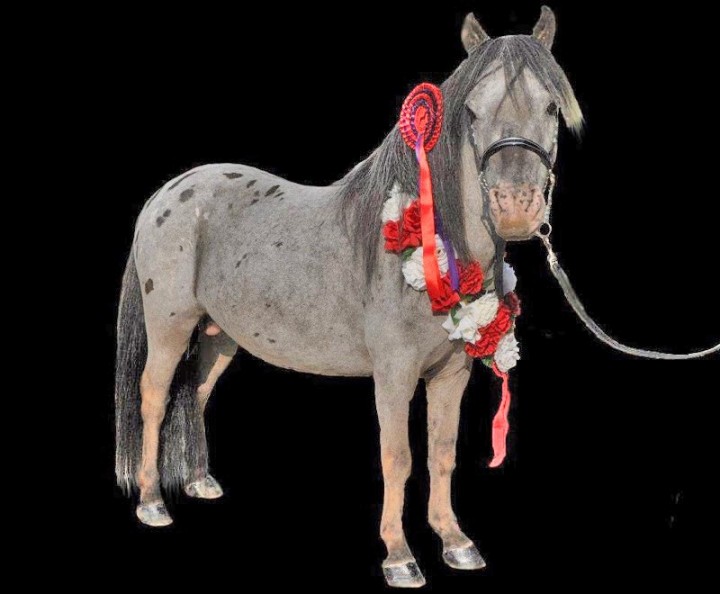 Azlan handled by Hannah Davis
Azlan is a Appaloosa 7 year old who stands tall and has been owned by myself since he was a 3 year old. With his massive personality and ego of a 17hh horse and his little man syndrome, he really is a joy to own, and is one in a million.
The decision to have him as my own was the best decision I ever made ... and this was just the beginning! At our first show together, Azlan won every class he was entered in.
Through the years we have competed at local shows and major shows such as Miniature Horse of the Year Show. He has been awarded with every colour of rosette and the collection is so large, I am running out of space to put them. Azlan is well-known for his HUGE jump, his forever changing colours and his habit of having a nibble or two on your arm! 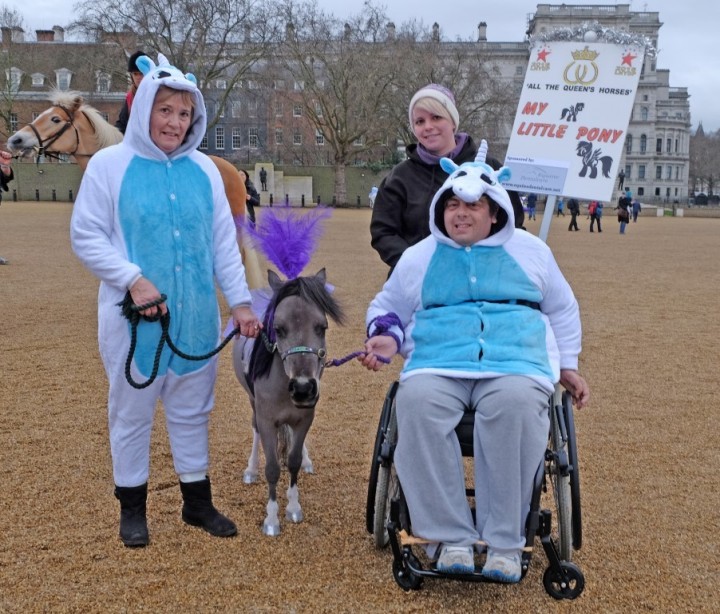 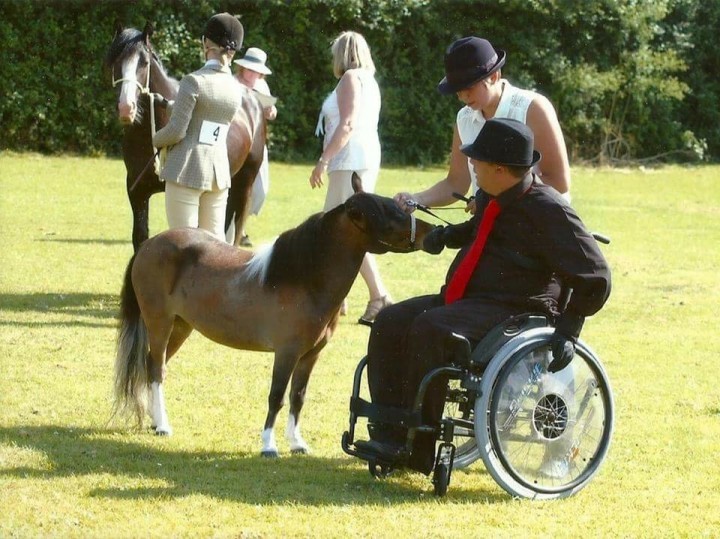 Aloris Hazelnut (aka Bailey) handled by Daniel Nicholls
I started riding at a local riding school at the age of five, often riding some of the more difficult or new horses that came into the riding school. I was given a five month old colt as an early 18th birthday present and I still have him twenty years later. In that time I broke him in myself and competed him very successfully locally until a riding accident in 2007 left me paralysed from the waist down and wheelchair bound.
Unable to ride or control larger horses I discovered miniature horses and became hooked.
Aloris Hazelnut (Bailey) arrived as an eight month old foal and is now rising 7. I have competed in-hand classes with her several times but she is usually shown by my mum, who also helps me out with my other three miniatures.
Bailey has given me the opportunity to still be involved with horses even though I can't ride and I think she knows I can't walk so will always be a little bit courteous towards me but is quite happy to play up for able bodied people! 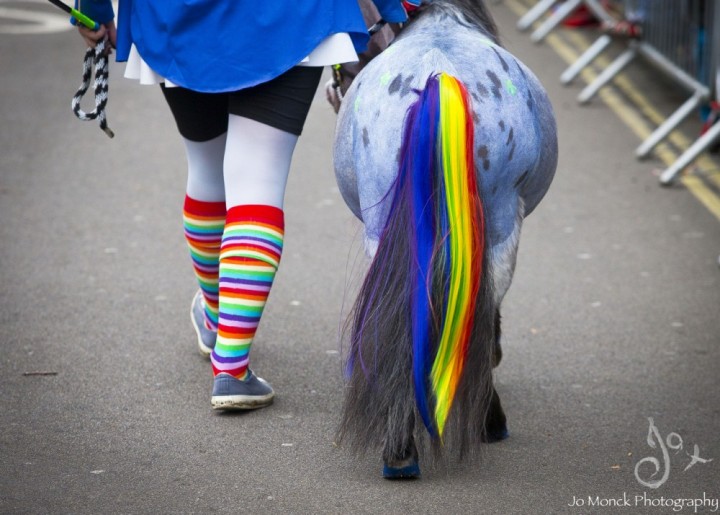